Nowadays small cells have become the integral part of 5G wireless communication network (WCN). However, the incorporation of small cells in 5G WCN creates chances for attackers to intrude into the network and this makes the network highly susceptible to attacks. Among various possible attacks, denial of service (DoS) attack is one of the most common network security attacks, and hence in this paper we consider a bandwidth spoofing attack which is a type of DoS attack that is carried out by an attacker during the communication between a macro base station and a small cell base station in a 5G WCN. We then propose a Bayesian game model to capture the interactions between the attacker and the network defender under the bandwidth spoofing attack and obtain the best strategies for defending the DoS attack. Further, since the DoS attack entails unavailability of the network, we address this issue by developing an availability model of the 5G WCN based on a stochastic reward net. Numerical results are presented which give insights into how the availability is affected by the DoS attack. The proposed model is also validated via simulation. 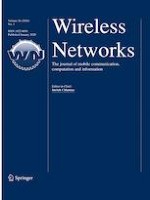