The evolution of the Internet has been mainly promoted in recent years by the emergence and proliferation of wireless access networks towards a global ambient and pervasive network accessed from mobile devices. These new access networks have introduced new MAC layers independently of the legacy “wire-oriented” protocols that are still at the heart of the protocol stacks of the end systems. This principle of isolation and independence between layers advocated by the OSI model has its drawbacks of maladjustment between new access methods and higher-level protocols built on the assumption of a wired Internet. In this paper, we introduce and deliver solutions for several pathological communication behaviors resulting from the maladjustment between WLAN MAC and higher layer standard protocols such as TCP/IP and UDP/IP. Specially, based on an efficient analytical model for WLANs bandwidth estimation, we address in this paper the two following issues: (1) Performance degradation due to the lack of flow control between the MAC and upper layer resulting in potential MAC buffer overflow; (2) Unfair bandwidth share issues between various type of flows. We show how these syndromes can be efficiently solved from neutral “cross layer” interactions which entail no changes in the considered protocols and standards. 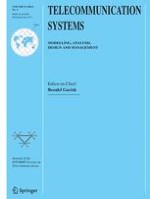 Use of negative information in positioning and tracking algorithms