The aim of this article is to study the two-objective coverage problem of wireless sensor networks (WSNs) by means of differential evolution algorithm. Firstly, in order to reduce the computing redundancy of multi-objective optimization, namely to reduce the number of individuals which participate in non-dominated solution sorting, we introduced a fast two-objective differential evolution algorithm (FTODE). The FTODE contains a fast non-dominated solution sorted and a uniform crowding distance calculation method. The fast sorting method just handles the highest rank individuals but not all individuals in the current population. Meanwhile, during the individuals sorted, it can choose some of individuals into next generation and reduce the time complexity. The uniform crowding distance calculation can enhance the diversity of population due to it will retain the outline of optimal solution set by choosing the individual uniformly. Secondly, we use the FTODE framework to research the two-objective coverage problem of WSNs. The two objectives are formulated as: the minimum number of sensor used and the maximum coverage rate. For this specific problem, decimal integer encoding are used and a recombination operation is introduced into FTODE, which performs after initialization and guarantees at least one critical target’s sensor is divided into different disjoint sets. Finally, the simulation experiment shows that the FTODE provides competitive results in terms of time complexity and performance, and it also obtains better solutions than comparison algorithms on the two-objective coverage problem of WSNs. 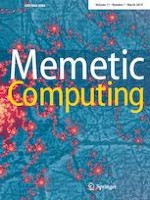