The paper presents a multi-level hierarchical approach which models the oligopolistic behavior of carriers in maritime freight transportation networks. With the merger of the carriers’ industry and some dominant carriers in today’s shipping markets, carrier competition frequently exhibits an oligopolistic nature. This study considers the following three types of carriers; ocean carriers, land carriers, and port terminal operators. The oligopolistic ocean carriers, land carriers, and port terminal operators compete with each other in their pricing and routing decisions. The carriers determine service charges and delivery routes at different parts of the multi-modal freight network, creating hierarchical relationships. When using a game theoretic approach, ocean carriers become the leaders in an oligopoly shipping market. When dealing with individual carrier problems, the Nash equilibrium reveals the optimal decision where each carrier obtains the greatest profit. A three-level model is formulated to capture the interactions among different types of carriers. The validity and capability of the model gets demonstrated through an empirical example. 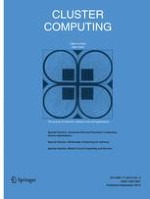