IEEE 802.11 is one of the most well-established and widely used standard for wireless LAN. Its Medium Access control (MAC) layer assumes that the devices adhere to the standard’s rules and timers to assure fair access and sharing of the medium. However, wireless cards driver flexibility and configurability make it possible for selfish misbehaving nodes to take advantages over the other well-behaving nodes. The existence of selfish nodes degrades the QoS for the other devices in the network and may increase their energy consumption. In this paper we propose a green solution for selfish misbehavior detection in IEEE 802.11-based wireless networks. The proposed scheme works in two phases: Global phase which detects whether the network contains selfish nodes or not, and Local phase which identifies which node or nodes within the network are selfish. Usually, the network must be frequently examined for selfish nodes during its operation since any node may act selfishly. Our solution is green in the sense that it saves the network resources as it avoids wasting the nodes energy by examining all the individual nodes of being selfish when it is not necessary. The proposed detection algorithm is evaluated using extensive OPNET simulations. The results show that the Global network metric clearly indicates the existence of a selfish node while the Local nodes metric successfully identified the selfish node(s). We also provide mathematical analysis for the selfish misbehaving and derived formulas for the successful channel access probability. 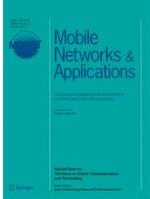