To prepare monodisperse polymer microspheres under mild conditions, a green protocol is set up by means of photoinitiated precipitation polymerization. The work is carried out with three novel parameters, including: new type crosslinker of trifunctionality, low-toxicity solvent, and ambient temperature. Firstly, trihydroxymethyl propane triacrylate (TMPTMA) is selected as the most suitable crosslinker to prepare microspheres under ambient temperature, after comparing the morphology of its polymerization products with those of other two similar crosslinkers, i.e., trimethylolpropane triacrylate and ethoxylated trimethylolpropane triacrylate. In addition, as high as possible concentrations of TMPTMA and styrene are attempted to harvest the largest amounts of microspheres; however, a threshold of monomer concentration is found at 6 %. One kind of low-toxicity solvent, i.e., ethanol, is used as the reaction media to replace the commonly used toxic organic solvents, and it is proven to be the near Θ solvent for the present polymerization. Observation from scanning electron microscopy indicates that photoinitiation is an effective way to control the growth of microspheres, and highly monodisperse microspheres of 2.67 μm are achieved at polymerization time of 120 h. Finally, the reactive vinyl groups on microsphere surface are confirmed, which indicate that the microspheres from this green protocol is in favor of further functionalization and bio-medical application. 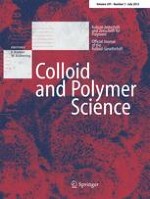