The development of CPU has stepped into the era of multicore. Current parallel simulation kernel utilizes multicore resource by multi-process, which leads to inefficiency on communication and synchronization. To fulfill this gap, we proposed a HPSK (hierarchical parallel simulation kernel) model, which schedules logical processes and executes events in parallel with multithread paradigm. Based on this model, three key algorithms were proposed to support high performance: (1) An event management algorithm was proposed to improve the efficiency of creation and release of events. It uses a lock-free creation and asynchronous commitment mechanism to decouple the relationship between threads, hence reduce the overhead of locks. (2) A pointer-based communication algorithm was proposed to improve efficiency of communication between threads. It uses a buffer mechanism to avoid interrupting the execution of target thread. The target thread will read events from the buffers when it needs. By using ring-structure buffers, synchronization between sending and receiving of threads can be annihilated. (3) An approximate method was proposed to compute LBTS (Lower Bound on Time Stamp). It uses an asynchronous mechanism to eliminate disturbing of thread execution and a two-level filter mechanism to reduce redundant LBTS computation. A series of experiments with a modified phold model show that HPSK can achieve good performance for applications on different conditions. It can run 8× faster than μsik when event locality and lookahead is low. 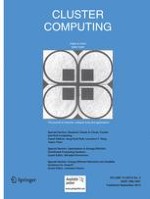