In this paper, we address the problem of physical node capture attack from an adversarial view. In this type of attack, an adversary intelligently captures the node(s) and extracts the cryptographic information to destroy the privacy, safety and reliability of the network. We propose a novel hybrid approach for constructing the path vulnerability matrix that maximizes the attacking efficiency and lowers the resource expenditure of the adversary. The main strength of the proposed matrix lies in incorporating various criteria such as the type of application running on the nodes, capturing cost, key dominance ranking, articulation point and intersecting shortest path nodes in estimating the vulnerability. The location of the data sink is considered as a major factor in estimating the vulnerability of the nodes in the network. The proposed matrix is compared with existing attacking strategies in terms of the number of attacking rounds, energy cost and fraction of compromised traffic. Although in this paper, we have considered adversarial point of view but the proposed matrix can be extended for the defender application also. The path vulnerability matrix provides vulnerability estimation that can be used to analyze system security weakness and helps to defend against them effectively and efficiently. The performance of proposed approach has been validated with respect to average path compromise ratio, average routing path length and average route successful ratio. We have also introduced an attack resistant random key predistribution scheme based on the proposed approach and the results confirm its effectiveness in decreasing node capture impact. 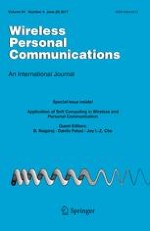 Transmit Antenna Selection in the Cooperative Communication Based UWB System