In this paper, a hybrid method of support vector machine and genetic algorithm (GA) is proposed and its implementation in intrusion detection problem is explained. The proposed hybrid algorithm is employed in reducing the number of features from 45 to 10. The features are categorized into three priorities using GA algorithm as the highest important is the first priority and the lowest important is placed in the third priority. The feature distribution is done in a way that 4 features are placed in the first priority, 4 features in the second, and 2 features in the third priority. The results reveal that the proposed hybrid algorithm is capable of achieving a true-positive value of 0.973, while the false-positive value is 0.017. 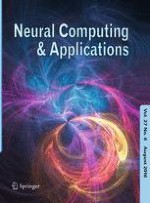