Electricity load forecasting is an essential, however complicated work. Due to the influence of a large number of uncertain factors, it shows complicated nonlinear combination features. Therefore, it is difficult to improve the prediction accuracy and the tremendous breadth of applicability especially for using a single method. In order to improve the performance including accuracy and applicability of electricity load forecasting, in this paper, a concept named minimum cycle decomposition (MCD) that the raw data are grouped according to the minimum cycle was proposed for the first time. In addition, a hybrid prediction model (HMM) based on one-order difference, ensemble empirical model decomposition (EEMD), mind evolutionary computation (MEC) and wavelet neural network (WNN) was also proposed in this study. The HMM model consists of two parts. Part one, pre-processing, known as one order difference to remove the trend of subsequence and EEMD to reduce the noise, was performed by HMM model on each subset. Part two, the WNN optimized by MEC (WNN \(+\) MEC) was applied on resultant subseries. Finally, a number of different models were used as the comparative experiment to validate the effectiveness of the presented method, such as back propagation neural network (BP-1), BPNN combined MCD (BP-2), WNN combined MCD (WNNM), a HMM (DEEPLSSVM) based on one-order difference, EEMD, particle swarm optimization and least squares support vector machine and a hybrid model (DEESGRNN) based on one-order difference, EEMD, simulate anneal and generalized regression neural network. Certain evaluation measurements are taken into account to assess the performance. Experiments were carried out on QLD (Queensland) and NSW (New South Wales) electricity markets historical data, and the experimental results show that the MCD has the advantages of improving model accuracy and of generalization ability. In addition, the simulation results also suggested that the proposed hybrid model has better performance. 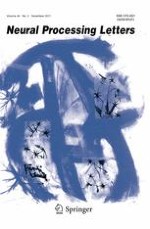