Recently, digital communication and storage over the Internet through the cloud have increased in a rapid manner. Accordingly, data security becomes a vital issue as there are many hackers who want to steal or alter others’ private data. Fog computing comes to secure and facilitate the connection to the cloud. It works as an intermediary between the cloud and the peripheral devices. Accordingly, the channel between the fog and those devices must be secured against attacks. Many efforts have been done to secure the fog through the use of steganography to embed important data into a cover digital medium and cryptography to encrypt the data into a meaningless form. As steganography and cryptography have their own advantages, combining them into a hybrid system will certainly promote the security level. Video steganography uses video as a cover media for hiding secret data as video streaming over internet is very popular and common that cannot be doubted by intruders. The advantage of using video files as a cover is that they are more secure against hacker attacks due to their relative complexity compared to other multimedia types and the data redundancy which permits to embed large amount of secret data. In this paper a new hybrid security strategy (HS2) merging the advantages of both cryptography and steganography for securing the fog has been proposed. HS2 embeds a secret image into a video .mp4 as the host medium. HS2 has two main contributions. The first is a new encryption technique that depends on α-blocks of linear feedback shift registers (LFSRs) merged with an adder/subtractor to generate a strong secret key for each block. All blocks outputs are combined using a nonlinear function to construct the final key. Such generated key will be XORed with the secret image to produce the encrypted secret image. The second contribution is a new steganography methodology based on an enhanced discrete wavelet packet transform (DWPT) to embed the encrypted secret image into a cover video. Experimental results and security analysis have shown that the proposed HS2 outperforms recent security strategies and resist common attacks when applied to the fog environment. 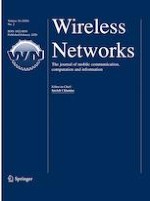