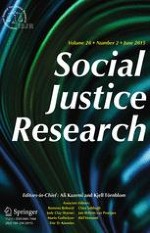 Reality and Perception: Power and Paranoia Within the Political Sphere

Forging Political Will from a Shared Vision: A Critical Social Justice Agenda Against Neoliberalism and Other Systems of Domination