A combination of finite-element calculation and tension-compression tests was employed to predict the yield strength difference between the pipe and plate of low-carbon microalloyed steel (LCMS) in the production of high-frequency straight bead welding pipes (HFSBWPs). The deformation process was divided into bending, flattening, and tension deformations. The bending and flattening deformations were simulated using a finite-element method in order to obtain circumferential strains at pipe wall positions along the wall thickness. These strains were the transition strains in the subsequent tension-compression-tension and compression-tension tests. The yield stresses (0.5 pct proof stresses) at the pipe wall positions were derived from the obtained stress–strain curves. The average of the obtained yield stresses was taken as the predicted yield strength of the pipes. It is found that the difference between the latter and the strength of the original steel plates is a result of the combined action of the Bauschinger effect and strain hardening caused by bending and reverse bending deformations. It is strongly dependent on the ratio of pipe wall thickness to pipe outer diameter (T/D ratio). At low T/D ratios, the Bauschinger effect was dominant, resulting in a decreased yield strength. Strain hardening due to work hardening was dominant at higher T/D ratios, resulting in an increased yield strength. The increase in yield strength was greater at the inner pipe walls than at outer ones, indicating that strain hardening is stronger at inner pipe walls. The yield strength differences predicted with the presented approach are comparable with the values obtained from industrial productions of HFSBWPs, indicating that this approach can be used to predict the yield strength difference between pipe and plate of LCMS. 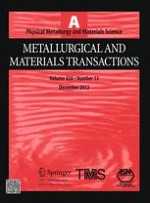