The use of network infrastructures to replace conventional professional audio systems is a rapidly increasing field which is expected to play an important role within the professional audio industry. Currently, the market is dominated by numerous proprietary protocols which do not allow interoperability and do not promote the evolution of this sector. Recent standardization actions are intending to resolve this issue excluding, however, the use of wireless networks. Existing wireless networking technologies are considered unsuitable for supporting real-time audio networks, not because of lack of bandwidth but due to their inefficient congestion control mechanisms in broadcasting. In this paper, we propose an amendment of the IEEE 802.11 MAC that improves the performance of the standard for real-time audio data delivery. The proposed amendment is offering a solution for the balancing of data flow density in wireless ad-hoc networks for a multi-broadcasting environment. It is based on two innovative ideas. First, it provides a protection mechanism for broadcasting and second, it replaces the classic congestion control mechanism, based in random backoff, with an alternative traffic adaptive algorithm, designed to minimize collisions. The proposed MAC is able to operate as an alternative mode allowing regular Wi-Fi networks to coexist and interoperate efficiently with audio networks, with the last ones being able to be deployed over existing wireless network infrastructures. 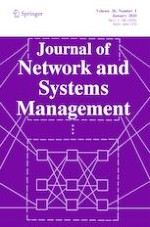