Decision-making often requires taking into consideration immediate gains as well as delayed rewards. Studies of behavior have established that anticipated rewards are discounted according to a decreasing hyperbolic function. Although mathematical explanations for reward delay discounting have been offered, little has been proposed in terms of neural network mechanisms underlying discounting. There has been much recent interest in the potential role of the hippocampus. Here, we demonstrate that a previously established neural network model of hippocampal region CA3 contains a mechanism that could explain discounting in downstream reward-prediction systems (e.g., basal ganglia). As part of its normal function, the model forms codes for stimuli that are similar to future predicted stimuli. This similarity provides a means for reward predictions associated with future stimuli to influence current decision-making. Simulations show that this “predictive similarity” decreases as the stimuli are separated in time, at a rate that is consistent with hyperbolic discounting. 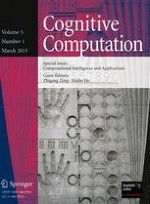 Deformation Prediction of Landslide Based on Improved Back-propagation Neural Network

Visual Saliency from Image Features with Application to Compression