A neural network based approach to estimate of power system harmonics for an induction furnace under the different load conditions | springerprofessional.de Skip to main content
TOOLBAR 1 2 3 4
SUCHE MENÜ 1 2 3 4

This study presents an artificial neural network based intelligent monitoring algorithm to detect of a power system harmonics. The proposed approach was tested on the current and voltage data of an induction furnace power system, which was collected by using a LabVIEW based measurement system under different load conditions. The collected data was analyzed with MATLAB program using the short-time Fourier transform and power spectral density estimation methods to find the dominant harmonics of the power system. After determination of the operational region in terms of the harmonic levels under the full-load condition, the power spectral density algorithm was used for determining the stationary intervals of the power system data. Identified harmonic frequencies were used to train the artificial neural network algorithm, which was then tested for harmonic estimation at different load conditions. Hence, the neural network topology was used as a artificial follower. Results demonstrate that harmonic state estimation of a power system can be achieved by an error variation at the output of the auto-associative neural network. 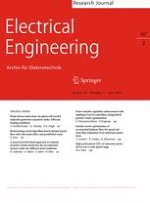