In this study, a new score and distance function which provides more accurate results than the studies in the literature and considers the decision maker’s cognition has been proposed. In order to show the effects of the new score function coefficients on neutrosophic numbers, a new representation named “4D Plot” has been proposed. VIKOR (Vlse Kriterijumska Optimizacija Kompromisno Resenje which means multicriteria optimization and compromise solution in Serbian) method, which is based on the creation of a conciliatory solution within the framework of alternatives and evaluation criteria, provides highly effective results in multiple criteria decision-making problems. Neutrosophic numbers play an active role in facilitating the decision-making process in many studies. In this context, extension of the classical VIKOR method is introduced in detail in this study. The framework of the extended neutrosophic VIKOR method has been established. The proposed method has been applied to the renewable energy alternative selection problem in Turkey and compared with different methods and different scenarios. It has been shown that the proposed method gives more effective and accurate results. Furthermore, the sensitivity and accuracy of the study are enhanced by a sensitivity analysis. We have extended the classical VIKOR method for SVN numbers with a newly generalized score function and a distance measure. As a novel and newly presentation named “The 4D Plot” has been developed and applied in this paper to SVN numbers for presenting the effect of the new score function. The renewable energy alternative selection was made in Turkey with the proposed method by the opinions of the experts and the ranking of the alternatives was obtained. A sensitivity analysis has been made to show the accuracy and validity of the study. With the proposed distance measure and score function, it is shown that more accurate results can be found in multiple criteria decision-making problems. The model will provide solutions for many soft computing problems such as engineering and economy by finding more effective and accurate results in the neutrosophic number space according to the preference of decision makers. As a future work, the presented functions and framework can be adapted to different MCDM problems. 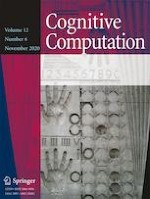