A multi-secret sharing scheme tries to share multiple secrets among a group of players in such a way that co-operation of pre-specified subsets of them, called access structures, can reconstruct the secrets. Existing methods allow for all secrets to be recovered at once, by the same sharing algorithm, and by identical access structures. However, in many real world applications, secrets may not needed all at once, access structure may vary for different secrets (change over time), and a group of dishonest players may collude to obtain all secrets. In this paper, we propose a novel and efficient algorithm to address these issues. Our main objectives are, to recover each secret according to its own scheme, by its own access structure, and whenever needed. Our proposed algorithm also blocks collusion attacks by dishonest players. Our scheme can work with any general purpose threshold schemes. It is also rather efficient in terms of computational and communication overhead costs. There computational costs for sharing and recovering stages are almost negligible, and communication costs of sharing and recovering are of order \({{\mathcal {O}}}(n+k)\) and \({{\mathcal {O}}}(\sum _{i=1}^{k} t^{i})\) respectively, where n is the number of players and where \(t^i\)’s are the threshold values for the k secrets. 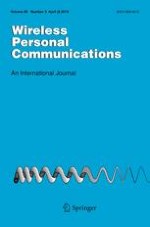