In this article, a novel hybrid navigation technique is discussed for multiple mobile robots in an unknown clustered environment. This new hybrid navigational methodology is based on the cuckoo search algorithm for training the premise part and the least square estimation method for training the consequent parameters of the adaptive neuro-fuzzy inference system. The proposed hybrid optimal path planner is developed based upon a reference motion, direction, distances between the robot and the obstacles, and distances between the robot and the target, to calculate the suitable steering angle. In order to avoid collision against one another, a set of collision prevention rules are embedded into each robot controller, using the Petri Net model. The effectiveness of the algorithm has been demonstrated through a series of simulation experiments. The experimental results are conducted in the laboratory, using a real mobile robot to validate the versatility and effectiveness of the proposed hybrid technique. A comparison of the simulation and experimental results showed, that there is good agreement between them. The results obtained from the proposed hybrid technique are validated by comparison with the results from other intelligent techniques. Finally, it is concluded that the proposed hybrid methodology is efficient and robust in the sense, that it can be implemented in the robot for navigation in any complex terrain. 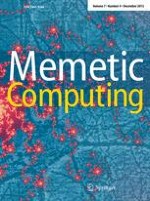