Decision-making processes have been extensively used in artificial intelligence and cognitive sciences to explain and improve individual and social perception. As one of the most typical decision-making problems, medical diagnosis is used to analyze the relationship between symptoms and diseases according to uncertain and inconsistent information. It is essential to investigate the structure of a set of records on different levels such that similar patients can be treated concurrently within a group. In this paper, we propose a novel clustering algorithm in a neutrosophic recommender system for medical diagnosis. First, we define new algebraic structures for the system such as lattices, De Morgan algebra, Kleen algebra, MV algebra, BCK algebra, Stone algebra, and Brouwerian algebra. Based on these algebraic structures, we construct a neutrosophic recommender similarity matrix and a neutrosophic recommender equivalence matrix. A consecutive series of compositions between the neutrosophic recommender similarity matrices is performed to obtain the neutrosophic recommender equivalence matrix. From this matrix, a λ-cutting matrix is defined to conduct clustering among the neutrosophic recommender systems. Regarding the values of clustering validity indices, the Davies-Bouldin (DB) of the proposed method is approximately 20% better than those of the methods of Sahin (Neutrosophic Sets and Systems. 2014;2:18–24), Ye (J Intell Syst. 2014;23(4):379–89), and Ye (Soft Computing 2016;1–7). Analogously, the IFV and simplified silhouette with criterion (SSWC) of the proposal are better than those of the relevant methods with the improvement percentages being 30 and 70%, respectively. The results show that the proposed method is better than the related algorithms in terms of clustering quality whilst its computational time is slightly slower. The contributions of this research is significant in both algorithmic aspects of computational intelligence and and practical applications. 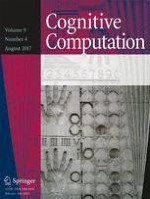 A Review of Sentiment Analysis Research in Chinese Language