The energy consumption is a key design criterion for the routing protocols in wireless sensor networks (WSN). Some of the conventional single path routing schemes may not be optimal to maximize the network lifetime and connectivity. Thus, multipath routing schemes is an optimal alternative to extend the lifetime of WSN. Multipath routing schemes distribute the traffic across multiple paths instead of routing all the traffic along a single path. In this paper, we propose a multipath Energy-Efficient data Routing Protocol for wireless sensor networks (EERP). The latter keeps a set of good paths and chooses one based on the node state and the cost function of this path. In EERP, each node has a number of neighbours through which it can route packets to the base station. A node bases its routing decision on two metrics: state and cost function. It searches its Neighbours Information Table for all its neighbours concerned with minimum cost function. Simulation results show that our EERP protocol minimizes and balances the energy consumption well among all sensor nodes and achieves an obvious improvement on the network lifetime. 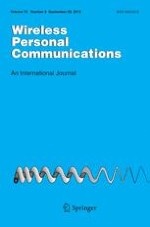