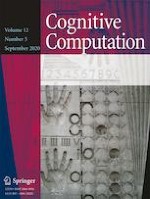 Handwriting Biometrics: Applications and Future Trends in e-Security and e-Health

Why Should We Add Early Exits to Neural Networks?