This section provides a background concerning the optimization algorithms.

Seyedali Mirjalili proposes a new nature-inspired algorithm named as Moth Flame Optimization (MFO) (Mirjalili 2015) in 2015 which is inspired by the navigation behavior of moths known as transverse orientation, i.e., keeping a fixed angle on a distant source of light for orientation. It is a population-based swarm intelligence technique which simulates the behaviour of moths at night. Moths attract towards the moonlight or counterfeit lights made by people. Here, a moth flies by using as a settled point with respect to the moon which is an extremely powerful instrument for traveling long separations in a straight way. This system ensures that moths are flying in a straight line in the light. When moths see a man-made light, they maintain a similar angle with the light to fly in a straight line causes a helical route for moths because such man-made lights are very close contrasted with the moon. It might be watched that the moth unsurprisingly meets towards the light. Fundamental segments of MFO calculation are moths and flames. In the MFO algorithm, it is acknowledged that the candidate solutions are moths and the issue’s factors are the location of moths in the space. The moths are real hunt specialists that move around the search space. However, flames are in the best position of moths that gets up until this point. As specified over that this advancement calculation is propelled by exceptional route technique, i.e., transverse introduction. The position of every moth which is refreshed with respect to a flame is mathematically defined as follows:
$$Moth^{i} = SP\left( {Moth^{i} ,Flame^{j} } \right)$$
(6)
where \(Moth^{i}\) shows the \(i{th}\) moth, \(Flame^{j}\) demonstrates the \(j{th}\) flame, and \(SP\) is the spiral function. The logarithmic spiral function for the MFO algorithm is defined as follows:
$$SP\left( {Moth^{i} ,Flame^{j} } \right) = Dis^{i} *^{bI} *\cos \left( {2\pi I} \right) + Flame^{j}$$
(7)
where \(Dis^{i}\) demonstrates separation of the \(i{th}\) moth for the \(j{th}\) flame (refer Eq. ( 8)), \(b\) is a constant for characterizing shape of the logarithmic spiral, and \(I\) is a random number in [− 1, 1].
$$Dis^{i} = \left| {Flame^{j} - Moth^{i} } \right|$$
(8)
where \(Moth^{i}\) indicates the \(i{th}\) moth, \(Flame^{j}\) indicates \(j{th}\) flame and \(Dis^{i}\) indicates separation between \(Moth^{i}\) and \(Flame^{j}\).
The parameter I [refer Eq. ( 7)] decides route of moth around the flame (I = − 1 indicates nearest location to the flame, while I = 1 demonstrates the uttermost). Exploration and exploitation of the binary space can be ensured due to the spiral equation which allows a moth to fly around a flame. I is defined as a random number in [r, 1], where r linearly decreased from − 1 to − 2 over the course of iterations. According to Eq. ( 7), each moth is constrained to move towards a flame that may incite adjacent perfect stagnation. Flames must be arranged according to their fitness values. The moths by then invigorate their situations with respect to their relating flames. A versatile mechanism for the number of flames ( \(f^{no}\)) has been proposed as in the following formula due to the degradation in exploitation of the best promising solutions:
$$f^{no} = round\left( {N^{f} - t*\frac{{N^{f} - 1}}{T}} \right)$$
(9)
where \(t\) is the present number of iteration, \(N^{f}\) is the maximum number of flames, and \(T\) is the total number of iterations.
According to Mirjalili ( 2015), it can be determined that local optima is high in MFO since MFO utilizes a population of moths to perform optimization. Decreasing the quantity of flames adjusts exploration and exploitation of the search space. The convergence of the MFO algorithm is ensured on the grounds that the moths always tend to update their positions with respect to flames.
In binary search space, the location of moths is confined to twofold factor, i.e., 0 or 1. Here, 1 shows the presence of corresponding feature and 0 demonstrates the absence of that feature. Sigmoidal function (Reddy et al. 2017) \(Sig\left( {Moth\left( {t + 1} \right)} \right)\) is used to change the location of each moth which is invigorated in regards to a flame (refer Eq. ( 6)) in continuous search space into the new position in binary search space (refer Eq. ( 10)) for BMFOA.
$$Sig\left( {Moth\left( {t + 1} \right)} \right) = \frac{1}{{1 +e^{{ - \left( {Moth\left( {t + 1} \right)} \right)}} }}$$
(10)
where \(Moth\left( {t + 1} \right)\) is the location update of the moth for \(\left( {t + 1} \right){th}\) iteration.
In binary space, the position of every moth with respect to a flame is computed (in binary search space) by the given Eq.:
$$Moth^{i} = \left\{ {\begin{array}{*{20}l} 1 \hfill & {if\quad rand < Sig\left( {Moth\left( {t + 1} \right)} \right)} \hfill \\ 0 \hfill & {otherwise} \hfill \\ \end{array} } \right.$$
(11)

Dragonfly algorithm (DFA) is introduced in 2015 by Mirjalili ( 2016b) inspired from dragonflies (small hunters that eat almost all other small insects in nature). Dragonfly has two main swarming behaviours which are the main inspiration of DFA and these behaviours are: static and dynamic swarming behaviours. Exploration and exploitation are two important components of any NIA. In DFA, mathematically these behaviours are expressed by:
Overall artificial dragonflies consist of five behaviours which are described above. In a continuous space, two vectors are computed to update movement, and location of these dragonflies, i.e., step (∆pos) and position (pos). The step vector and the position vector are calculated as defined in Eqs. ( 17) and ( 18).
$$\Delta pos_{t + 1} = \left( {uU_{i} + oO_{i} + qQ_{i} + vV_{i} + zZ_{i} } \right) + w\Delta pos_{t}$$
(17)
where \(u\) is the division weight, \(U_{i}\) demonstrates partition of \(ith\) individual, \(o\) is an alignment weight, \(O_{i}\) is separation of \(ith\) individual, \(q\) is the cohesion weight, \(Q_{i}\) is the cohesion of \(ith\) individual, \(v\) is the sustenance factor, \(V_{i}\) is the food source of the \(ith\) individual, \(z\) is the adversary factor, \(Z_{i}\) is the location of enemy of \(ith\) individual, \(w\) is an inertia weight, and \(t\) is the iteration counter.
$$pos_{t + 1} = pos_{t} + \Delta pos_{t + 1}$$
(18)
where \(pos\) denotes the current location of an individual and \(t\) is the current iteration.
Positions of DA are updated by adding step vectors (similar to velocity vector of PSO) to the position vectors in continuous searching space. In binary space, location of BDFA (Mafarja et al. 2017) is represented in binary form, i.e., 1 or 0 only without using step vector. A transfer function is used according to Mirjalili and Lewis ( 2013) and Saremi et al. ( 2015), to convert continuous space to a binary search space without changing the structure of swarm intelligence algorithm. Transfer function accepts velocity (step) values as an input and returns a value in [0, 1], which determine likelihood of changing positions. The transfer function is given below:
$$TF\left( {\Delta pos} \right) = \left| {\frac{\Delta pos}{{\sqrt {\Delta pos^{2} + 1} }}} \right|$$
(19)
$$pos_{t + 1} = \left\{ {\begin{array}{*{20}l} {\neg pos_{t} } \hfill & {if\quad r < TF\left( {\Delta pos_{t + !} } \right)} \hfill \\ {pos_{t} } \hfill & {otherwise} \hfill \\ \end{array} } \right.$$
(20)
where \(r\) is a random number in the interval of [0, 1].
According to Mirjalili and Lewis ( 2013) and Saremi et al. ( 2015), the algorithm was well-appointed with five parameters to control cohesion, alignment, separation, attraction (towards food sources), and diversion (outwards enemies) of individuals in the swarm. The convergence of the artificial dragonflies towards optimal solutions in continuous and binary search spaces was also observed and confirmed, which are because of the dynamic swarming design behaviour.

In this paper, we explore capability of NIA for feature selection problem. Traditionally, real-world datasets include a large number of features. However, some of these features are non-informative, redundant and noisy. These features not only increase computational complexity of the underlying algorithm but deteriorate its performance. In literature different nature-inspired algorithms are proposed for feature selection task (Diao and Shen 2015; Kumar 2018). In this paper, a new hybrid method HBPSOSCA is proposed using BPSO and SCA to select an informative subset of features. Here, the V-shaped transfer function is used to convert continuous nature of an algorithm to binary. The movement of a particle in the BPSO algorithm is improved using the sine–cosine algorithm. A detailed description of each of the step is presented in the subsequent sections.

This Subsection discusses the very first step of the proposed method, i.e., initialization of the swarm. Here, a particle is represented in binary form of size \(n\) (as shown in Fig.  3), where \(n\) represents the total number of features in the dataset. Here, binary value 1 shows presence of corresponding feature and 0 depicts its absence. We work with the population size of \(n\). For this, the first swarm is randomly initialized with the 2 \(n\) particles. Next, top \(n\) particles are selected from the 2 \(n\) particles with the assistance of fitness value. A pictorial representation of a particle with size n is presented in Fig.  3.
×

The effectiveness of the proposed method is demonstrated using several experiments conducted on seven real-life scientific datasets. The datasets are taken arbitrarily from the UCI archive of machine learning and GEMS. The brief description of the datasets is presented below. The statistical details of used datasets are presented in Table  1 (Frank 2010; http://​www.​gems-system.​org).
Table 1
Datasets description

A feature selection method is used to select an informative subset of features from high dimensional irrelevant, redundant, and noisy feature space. The irrelevant, redundant, and noisy feature not only increases computational complexity but also deteriorate performance of the underlying algorithms. In this paper, a nature-inspired algorithm is used to select an informative subset of features from given feature space. Each algorithm has its own advantages and disadvantage. We introduce a new hybrid method to take advantage of one method and lessen the disadvantage of others for feature selection task. Here, we integrate the BPSO with the SCA, named as HBPSOSCA for this task. The integration of the two algorithms provides global search ability and local exploitation ability to the HBPSOSCA by improving the movement of a particle in the BPSO with the SCA. The proposed algorithm is tested on ten benchmark test functions and seven well-known scientific datasets. Experimental results show that the proposed algorithm obtains the near global minimum compared to other competitive nature-inspired algorithms for most of the test functions. Moreover, it achieves better clustering accuracy compare to the competitive methods for all real-life datasets. The Wilcoxon Test confirms that the results obtained by the HBPSOSCA are significantly better than the competitive methods.
In the future, we intend to combine other feature selection methods with the nature-inspired algorithm to select an informative subset of features from high dimensional space without much increasing computational complexity of the algorithm. As the parameters’ value significantly affects performance of the underlying algorithm, we plan to develop a model to adaptively set the parameter’s values.
Open AccessThis article is distributed under the terms of the Creative Commons Attribution 4.0 International License ( http://​creativecommons.​org/​licenses/​by/​4.​0/​), which permits unrestricted use, distribution, and reproduction in any medium, provided you give appropriate credit to the original author(s) and the source, provide a link to the Creative Commons license, and indicate if changes were made. 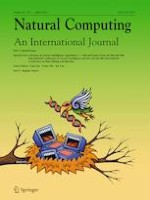