In this study, the improvement of the ant lion optimization which is inspired by ant lion’s hunting strategy is dealt with. The most disadvantageous property of this algorithm is its having a long run time due to the random walking process. In order to overcome this drawback, we proposed the improved random walking model, tournament selection method instead of the roulette wheel selection method, and reproduction mechanism at the boundary values. The performance of improved ant lion optimization algorithm based on the tournament selection (IALOT) is evaluated in comparison with the commonly known and used heuristic algorithms for ten benchmark functions. Furthermore, we have tested the performance of IALOT on the training of ANFIS known as a difficult optimization problem. The benchmark and ANFIS test results show that IALOT algorithm exhibits better performance than that of the ALO algorithm. 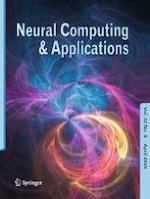 On the improvement in grey wolf optimization