The particle swarm optimization (PSO) algorithm is a popular evolutionary computation approach that has received an ever-increasing interest in the past decade owing to its wide application potential. Despite the many variants of the PSO algorithm with improved search ability by means of both the convergence rate and the population diversity, the local optima problem remains a major obstacle that hinders the global optima from being found. In this paper, a novel randomized particle swarm optimizer (RPSO) is proposed where the Gaussian white noise with adjustable intensity is utilized to randomly perturb the acceleration coefficients in order for the problem space to be explored more thoroughly. With this new strategy, the RPSO algorithm not only maintains the population diversity but also enhances the possibility of escaping the local optima trap. Experimental results demonstrate that the proposed RPSO algorithm outperforms some existing popular variants of PSO algorithms on a series of widely used optimization benchmark functions. 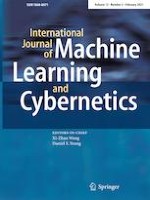