A combined power source including superconductor magnetic energy storage system (SMES) and photovoltaic (PV) systems has been considered for distributed generation system as a hybrid power source in this research. Both power sources have been connected to power grid and some controllers have been designed for power injection control. The SMES system can be in charging mode via PV system and power grid. Moreover, power injection controller has been designed for tuning of produced power of PV and SMES system. For this aim, a DC/DC converter has been connected to PV system and a bi-directional-three-level chopper has been used for SMES. PV power control has been based on the DC/DC converter control and the chopper control has been used for SMES power control. On the other hands, inverter control has been confirmed for injection of active/reactive power from distributed generation system to power grid. Proposal of a new scheme and design of a novel controller, are the advantages of this research. Finally, a series of simulation results have been shown. 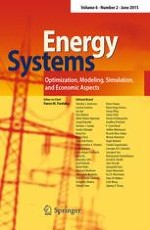