Non-dendritic microstructures are generally obtained in metals after semi-solid deformation (deformation during solidification); however, dendritic growth is preferred without deformation. The fragmentation of dendrites is recognized as an essential contributing factor to non-dendritic microstructures. However, the underlying mechanism of fragmentation needs to be clarified in depth. It is infamously hard for researchers to carry out a direct observation of this process. Moreover, a comprehensive numerical survey of this process is not trivial. The present research reported a new method to model dendritic growth during semi-solid deformation. The motion and deformation of the solid coupled with liquid flow in the melt were treated as the two-phase flow because plastic materials could be formulated as non-Newtonian fluids. The vector-valued phase-field formulation and the self-constructed Navier–Stokes solver made it possible to simulate the growth, motion, deformation, fragmentation and agglomeration of two dendrites coupled with liquid flow in the melt. Computational results suggest that fragmentation can occur when the grain boundary is wet and penetrated by the melt, giving new supporting evidence to a previously proposed mechanism for the fragmentation of dendrites. 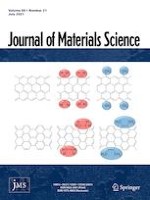