A Review of the Empirical Evidence on Generational Differences in Work Attitudes | springerprofessional.de Skip to main content
TOOLBAR 1 2 3 4
SUCHE MENÜ 1 2 3 4

This article reviews the evidence for generational differences in work values from time-lag studies (which can separate generation from age/career stage) and cross-sectional studies (which cannot). Understanding generational shifts is especially important given the coming retirement of Baby Boomer workers and their replacement by those born after 1982 (GenMe/GenY/Millennials).

Most studies, including the few time-lag studies, show that GenX and especially GenMe rate work as less central to their lives, value leisure more, and express a weaker work ethic than Boomers and Silents. Extrinsic work values (e.g., salary) are higher in GenMe and especially GenX. Contrary to popular conceptions, there were no generational differences in altruistic values (e.g., wanting to help others). Conflicting results appeared in desire for job stability, intrinsic values (e.g., meaning), and social/affiliative values (e.g., making friends). GenX, and especially GenMe are consistently higher in individualistic traits. Overall, generational differences are important where they appear, as even small changes at the average mean that twice or three times as many individuals score at the top of the distribution.

To recruit GenMe, companies should focus on work–life balance issues and flexible schedules. Programs based on volunteering, altruistic values, social values, or meaning in work will likely be no more successful than they were for previous generations. The lack of generational differences in job hopping suggests that GenMe workers who are satisfied will be retained.

No previous review has summarized all of the available studies examining generational differences in work values. 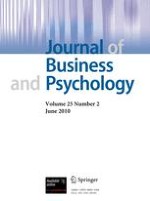 Millennials at Work: What We Know and What We Need to Do (If Anything)

Millennials and the World of Work: The Impact of Obesity on Health and Productivity

Generational Differences in Work Ethic: An Examination of Measurement Equivalence Across Three Cohorts

More Similar than Different: Millennials in the U. S. Building Trades