The Session Initiation Protocol (SIP) is a communication protocol that controls multimedia communication sessions. As the Internet users widely use SIP services, mutual authentication between the user and SIP server becomes an important issue. Several authentication protocols for SIP have been proposed for enhancing security and better complexities. Very recently, Lu et al. proposes an authenticated key agreement protocol for SIP and claims that it withstands various attacks and efficient. This paper points out that their protocol does not provide one of the most important features user anonymity. In addition, the same protocol is not able to resist user impersonation attack, server impersonation attack and fails to provide mutual authentication. The paper also presents an improved mutual authentication and key establishment protocol that conquers the security weaknesses in Lu et al.’s protocol. Informal security analysis is also carried out for several security properties. The formal proof for the correctness of mutual authentication and session key agreement is provided using BAN logic. It is shown that the proposed protocol is provably secure against identity and password guessing attacks in the random oracle model. The performance of the proposed scheme is compared with that of the existing related Elliptic Curve Cryptography (ECC) based schemes for SIP and shown that our scheme outperforms the others. 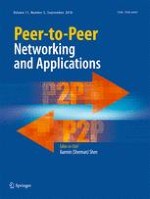