Currently, data security is a challenging task in any open source data transmission network. Basically, in most of the networks, images are used, hence security of images is a major challenging task. This paper proposes a combined hyper-chaos and chaos based encryption technique to secure images. In the method, one-round of diffusion and multi-stage bit-plane permutation operations are performed to obtain the better encryption results. The advantages of this scheme are that in one-round encryption operation, the proposed scheme can be realized easily and also confused largely. Apart from that the algorithm is simple as it uses simpler mathematical computations while attaining higher security such as higher key space, higher number of pixel changing rate, higher unified average changing intensity, and better correlation coefficient results. Moreover, hash based keys are used to resist the algorithm against chosen-plaintext and known-plaintext attacks. The security analysis and computer simulations show the good encryption results of the proposed scheme and strong resistivity to the widely used common attacks. 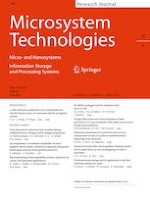