Given the outstanding effectiveness and efficiency performance in different fields such as image processing and energy dispatching, the virus optimization algorithm (VOA), a newly developed metaheuristic for general optimization purposes, has been further improved. Similar to other metaheuristic methods, VOA performance to some degree relies on proper parameter settings, which may require large numbers of experiments to determine. Therefore, this study proposes a self-adaptive version of VOA (SaVOA) to decrease the number of controllable parameters in the algorithm and thus reduce the time needed to determine proper parameter values by any sort of experimental design process. Having an SaVOA ensures the ease access of the algorithm for different types of continuous domain problems, whereas previous different optimization problems may have needed different parameter settings. To perform the comparison, SaVOA is tested by optimizing the same set of benchmark functions used when proposing the original VOA. Computational results indicate some major advances were achieved by the SaVOA in addition to competitive results obtained. Most importantly, SaVOA proved its superiority on functions where the original VOA was not powerful enough to perform well, such as Rosenbrock, Schwefel, Drop Wave, Levy, and Easom’s functions. In terms of implementation, the number of controllable parameters in SaVOA was greatly reduced to only one—the stopping criterion. This promises a significant improvement in the utility of SaVOA for any type of continuous domain optimization problem. 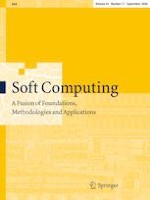 Some generalizations of p-semisimple BCI algebras and groups