Change of vegetation cover and increased land use intensity, particularly for agricultural use, can affect species richness. Within life cycle impact assessment, methods to assess impacts of land use on a global scale are still in need of development. In this work, we present a spatially explicit data-driven approach to characterize the effect of agricultural land occupation on different species groups.

Analysis of the collected data showed that vascular plant richness is more sensitive than the species richness of arthropods to agricultural land occupation. Regarding the differences between world regions, the impact of agricultural land use was lower in boreal forests/taiga than in temperate and tropical regions. The impact of oil palm plantations was found to be larger than that of Pooideae croplands, although we cannot rule out that this difference is influenced by the spatial difference between the oil palm- and Pooideae-growing regions as well. Analysis of a subset of data showed that the impact of conventional farming was larger than the impact of low-input farming.

The impact of land occupation on relative species richness depends on the taxonomic groups considered, the climatic region, and farm management. The influence of crop type, however, was found to be of less importance. 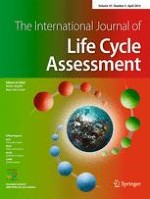