The new communication satellites are tricky in a control point of view, since their conceptions have several sources of flexibilities: solar arrays and antennas which can be very large with respect to the main body and may lead to degradation of the performance of spacecraft attitude. This work aims to present a composite disturbance observer based controller (CDOBC) for flexible spacecraft is proposed to enhance the disturbance attenuation performance. The controller contains a composite disturbance observer (CDO) and a state feedback controller (SFC) plus feed-forward. First, the disturbance in the system is equivalent to two parts: slow varying disturbance and periodic disturbance control scheme. Thus, the disturbance can be modelled by a state equation and estimated by CDO according to the attitude rates. Then, the feed-forward is adopted to compensate the estimated disturbance and the state feedback controller is adopted to stabilize the system and restrain the residue disturbance. The simulation results demonstrate the effectiveness of the proposed method. 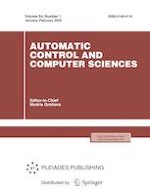