Detection of structural changes from an operational process is a major goal in machine condition monitoring. Existing methods for this purpose are mainly based on retrospective analysis, resulting in a large detection delay that limits their usages in real applications. This paper presents a new adaptive real-time change detection algorithm, an extension of the recent research by combining with an incremental sliding-window strategy, to handle the multi-change detection in long-term monitoring of machine operations. In particular, in the framework, Hilbert space embedding of distribution is used to map the original data into the Re-producing Kernel Hilbert Space (RKHS) for change detection; then, a new adaptive threshold strategy can be developed when making change decision, in which a global factor (used to control the coarse-to-fine level of detection) is introduced to replace the fixed value of threshold. Through experiments on a range of real testing data which was collected from an experimental rotating machinery system, the excellent detection performances of the algorithm for engineering applications were demonstrated. Compared with state-of-the-art methods, the proposed algorithm can be more suitable for long-term machinery condition monitoring without any manual re-calibration, thus is promising in modern industries. 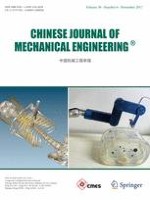