This paper studies the problem of adaptive neural network finite-time control for a class of non-triangular nonlinear systems with input saturation. Under the assumption that the nonlinearities have strict increasing smooth bounding functions, the backstepping technique can be used to design the state feedback controller and adaptive laws. Neural networks are adopted to approximate some unknown nonlinear functions. With the help of the finite-time Lyapunov stability theorem, it can be proved that the state of the closed-loop system can converge to an arbitrarily small neighborhood of the origin in a finite time. Finally, a numerical simulation example is given to show the effectiveness of the proposed design method. 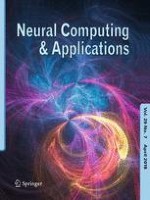