Liquid nitriding of type 321 austenite stainless steel was conducted at low temperature at 430 °C, using a type of a complex chemical heat-treatment; and the properties of the nitrided surface were evaluated. Experimental results revealed that a modified layer was formed on the surface with the thickness ranging from 2 to 30 μm varying with changing treatment time. When the stainless steel subjected to the advanced liquid nitriding less than 8 h at 430 °C, the main phase of the nitrided coating layer was the S phase generally. When the treatment time prolonged up to 16 h, S phase formed and partially transformed to CrN subsequently; and then the fine secondary CrN phase precipitated. All treatments performed in the current study can effectively improve the surface hardness. The nitrided layer thickness changed intensively with the increasing nitrided time. The growth of the nitride layer took place mainly by nitrogen diffusion according to the expected parabolic rate law. The highest hardness value obtained in this experiment was about 1400 Hv0.25. Low-temperature nitriding can improve the corrosion resistance of the 321 stainless steel against diluted vitriolic acid. The immerse test results revealed that the sample nitrided for 16 h had the best corrosion resistance than the others. SEM examinations indicated that after nitriding, the corrosion mechanisms of the steel had changed from serious general corrosion of untreated sample to selectivity corrosion of nitrided samples in the diluted vitriolic acid. 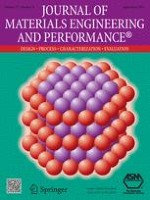