Standard two-dimension (2D) magnetic resonance imaging (MRI) clinical acquisition protocols utilize orthogonal plane images which contain slice gaps (SG). The purpose of this work is to introduce a novel interpolation method for these orthogonal plane MRI 2D datasets. Three goals can be achieved: (1) increasing the resolution based on a priori knowledge of scanning protocol, (2) ameliorating the loss of data as a result of SG and (3) reconstructing a three-dimension (3D) dataset from 2D images.

MRI data was collected using a 3T GE scanner and simulated using Matlab. The procedure for validating the MRI data combination algorithm was performed using a Shepp–Logan and a Gaussian phantom in both 2D and 3D of varying matrix sizes (64–512), as well as on one MRI dataset of a human brain and on an American College of Radiology magnetic resonance accreditation phantom.

The squared error and mean squared error were computed in comparing this scheme to common interpolating functions employed in MR consoles and workstations. The mean structure similarity matrix was computed in 2D as a means of qualitative image assessment. Additionally, MRI scans were used for qualitative assessment of the method. This new scheme was consistently more accurate than upsampling each orientation separately and averaging the upsampled data.

An efficient new interpolation approach to resolve SG was developed. This scheme effectively fills in the missing data points by using orthogonal plane images. To date, there have been few attempts to combine the information of three MRI plane orientations using brain images. This has specific applications for clinical MRI, functional MRI, diffusion-weighted imaging/diffusion tensor imaging and MR angiography where 2D slice acquisition are used. In these cases, the 2D data can be combined using our method in order to obtain 3D volume. 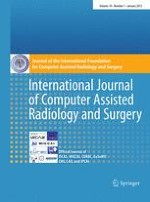