As of the early twentieth century, a significant body of research has been published that shows how effective game-based learning and gamification techniques can be, compared to other methods. These technologies are also very important for the learning and transmission of intangible cultural heritage (ICH) creations, which include, among others, dance, theater, and other skills where body motion has a primary role. However, creating games can be time consuming and usually demands a significant effort. Therefore, this paper focuses on the design and development of a novel framework for the rapid design of body-motion-based customizable game-like applications. This framework consists of two components: (i) an interface that allows the user to design the game and capture the motion data, and (ii) a customizable game for learning and training using off-the-shelf motion-capture sensors like the Microsoft Kinect. The game is automatically configured based on the output of the game design interface. In order to evaluate the proposed system, three pilot-use cases have been selected: (i) the Latin dance Salsa, (ii) the Greek traditional dance Tsamiko, and (iii) the Walloon (Belgian) traditional dance. Moreover, small-scaled experiments concerning the three different use cases were conducted, where both beginners and experts evaluated the game-like application for dance learning. Furthermore, a group of dance experts were asked to design and generate their own game and evaluate their experience. Results showed that the use of such a game-like application could be efficient, as positive feedback was obtained. In summary, participants found that the generated game-like application meets its objectives; it is generally efficient and satisfactory and offers a novel tool for ICH transmission and education. Last but not the least, the dance experts expressed their interest in developing more such games in the future, since they characterized the game design module as easy and intuitive to use. 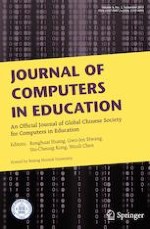