In general, the equivalent amplitude values and the specific phase differences between the oscillators/neurons are desired to obtain the smooth movements in the CPG based robotic applications. However, in the literature, the error minimization functions calculate either the amplitude or the phase errors between the nonlinear dynamics. This study offers an alternative error minimization approach. This approach calculates both the amplitude and the phase errors, simultaneously. The proposed approach, the RMS function and the phase error function have been utilized as the cost functions of the genetic and the ABC algorithms for the performance evaluation of the proposed approach. These functions have been assessed for estimating the coupling parameters of the electrically coupled HR neurons. According to the results, the proposed approach has minimum errors when compared with the other two functions. On the other hand, to utilize these estimated coupling parameters in the real-time applications, to create the CPG networks by using the coupled neurons and to use these emulated neurons in a locomotion control problem offer a particular importance for the developments in this field. Here, the HR neurons, which are coupled with the estimated parameters, have been implemented with FPGA device by using the SGDSP tool. Thus, the applicability to the real-time systems of the proposed approach has been verified with a hardware realization. Then, the trot gait pattern of a quadruped robot has been controlled by using these emulated neuronal responses, so the coupled biological neurons have been used as a controller in a CPG based multi-legged robotic application, successfully. 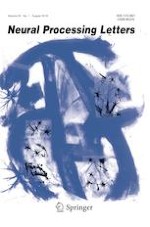