Massively multi-player online role-playing games (MMORPGs) follows a client-server model that has the numerous gaming users with many interactions at the same virtual world, massive loading that result in delays, resource shortages, and other such problems occur. Also, faced with high resource demand variability and with misfit resource renting policies, the current practices is to overprovision for each game tens of owned data. Existing load balancing schemes for distributed virtual environments and multiplayer games try to balance the workload among servers by transferring some workload of an overloaded server to other servers. While load balancing algorithms can minimize the average response time of the system, they may also result in frequent client migrations, which may damage the interactivity of an online games. To solve this, many developers devote research to load-balancing servers, yet due to steady and dynamic map divisions, such research is unreliable. Many developers propose algorithms to distribute the load on the server nodes, but the load is usually defined as the number of players on each server, what is not an ideal results. So, we propose a gaming user-oriented load balancing scheme for the load balancing of MMORPGs servers in this paper. This scheme shows effectiveness at dealing with hot-spots and other gatherings of gaming users at specific servers compared to previous methods. 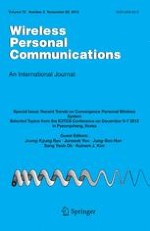 Dynamic Reconfiguration Based on Goal-Scenario by Adaptation Strategy