The acoustic streaming is a key drawback and eliminates the performance of a jet pump-based thermoacoustic-Stirling heat engine. The present study deals with a new hybrid optimization approach to reduce the acoustic streaming energy. The proposed work is an integration of Taguchi method (TM), adaptive neural fuzzy inference system (ANFIS), and teaching–learning-based optimization (TLBO). The Taguchi method plays three important roles. The first role is to layout the number of experiments. The second role is to identify the most appropriate parameters for ANFIS structure regarding the number of input membership functions (MFs), types of input MFs, optimal learning method, and types of output MFs. In order to determine the optimum parameters for the ANFIS structure, the root-mean-squared error, a performance criterion, is minimized by using the TM. The final role of TM is to optimize the controllable parameters of the TLBO. Subsequently, modeling between geometric parameters and acoustic streaming is established by the built ANFIS structure. Finally, the TLBO is adopted by optimizing the design parameters. The outcomes of study revealed that the acoustic streaming is relatively reduced. Based on Wilcoxon signed-rank test and Friedman test, it proves that the effectiveness of the proposed hybrid approach is better to other evolutionary algorithms. The current approach is an efficient optimizer for complex optimization problems. 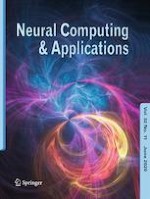