The hydropower reservoir operation is a challenging optimization problem due to the nonlinear factors, where the water head, reservoir storage, release, generating capacity, and water rate are interconnected. To solve such a difficult problem in an efficient and stable way based on mathematical programming, efficient linearization method with high accuracy is of vital importance. This paper simplifies the hydropower output as the function of average reservoir storage and release, and presents an efficient piecewise linearization method that concaves the hydropower output function with a series of planes, which transforms the original nonlinear problem into a linear programming one without introducing any integer variables. The presented method is applied to a long-term hydropower scheduling (LHS) problem with 7 cascaded reservoirs, and a nonlinear direct search procedure is then employed to search further. The performance is compared with that of another linearization method that uses special ordered sets of type two, case study shows that LHS using the presented linearization method runs much faster and obtains results very close to that of the latter one. The presented method, as a high performance exact algorithm, should be very promising in solving the real-world hydropower operation problems. 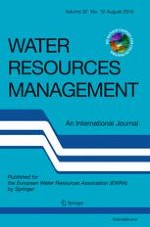