In this paper we have considered an efficient adapted Unscented Kalman Filter based target tracking in directional wireless sensor networks while observations are noise-corrupted. In directional sensor networks, sensors are able to observe the target only in specified (and certainly changeable) directions. Also, sensor nodes are capable of measuring the bearings (relative angle to the target). To make target tracking efficient, first, we use scheduling algorithm which determines the sensor nodes activity. Also coverage is a challenge that we will discuss in this paper as well. Sensor nodes activation algorithm directly affects the target areas coverage. Second, we use time series to predict the motion of the target. Using ARIMA, in each step of target position estimation, an area will be predicted where the target would be there with high probability. Third, we use a version of UKF, which is adjusted to the requirements of the target tracking application, to determine the position of the target with desired precision. Fourth, a routing algorithm called as C-RPL is used to perform the communications between sensor nodes in each step. Simulation results approve that the proposed efficient target tracking algorithm achieves its goals. 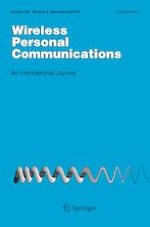