In the process of pedestrians’ evacuation from buildings, when an exit consists of two same-sized doors, with the same travel distance requirements, would the usage of doors be optimized by pedestrians? In this article, the imbalanced door choice of evacuees was investigated through experiment and modeling. The flow and crowd density in the exit zone during the announced evacuation drill was measured. It was found that the two doors were not used evenly by analyzing the number of passing people, especially when the instantaneous outflow was medium. Furthermore, to understand the specific behavior, the evacuation was reproduced by using a modified social force model, in which evacuees can move to and choose the doors randomly. As a key parameter in the dynamical model that needs to be calibrated, the desired velocity of evacuees, which ranges from 1.4 m/s to 2.0 m/s, were examined. The simulation results are in agreement with the experimental results on the imbalanced door choice pattern and other relevant factors. Moreover, discussion was conducted on the effect of imbalanced door choice on instantaneous velocity. 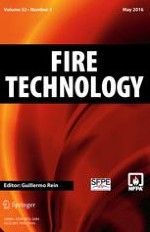