The inability to speak fluently degrades the quality of life of many individuals. Early intervention from childhood can reduce the disfluency of speech among adults. Traditionally, disfluency of speech among children is diagnosed based on the speech intelligibility assessment by speech and language pathologists, which can be expensive and time-consuming. Hence, numerous attempts were made to automate the speech intelligibility detection. Current detectors can discriminate unintelligible speech by calculating the posterior probability scores for each articulatory feature class. However, their major drawback is producing results that are most likely based on training and input data, leading to inconsistencies in discriminating speech sounds. As such, the performance of detectors is still far below humans. To overcome this limitation, a new classification method based on Fuzzy Petri Nets (FPN) is proposed to improve the classification accuracy. FPN was proposed as it has greater knowledge representation ability to reason using uncertain or ambiguous information. In this research, the speech features of Malay impaired children’s speeches are analyzed for the identification of the significant speech features in the impaired speech which are related to the intelligibility deficits. The results showed that FPN is more reliable in discriminating speech sounds than the baseline classifiers with improvements in the classification accuracy and precision. 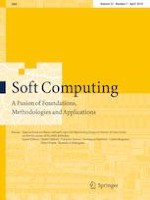 Many-valued Logics for Reasoning: Essays in Honor of Lluís Godo on the Occasion of his 60th Birthday

On linear varieties of MTL-algebras