With the high-speed development of the information industry today, Wireless sensor network (WSN) is produced and developed based on sensor technology, MEMS (Micro-Electro-Mechanism System) technology and wireless communications technology. It has been widely used in national defense, environmental monitoring, traffic management, health care, manufacturing, anti-terrorism and other disaster areas, and its low power consumption, low cost, distributed and self-Characteristics of the organization have brought a revolution in information perception.
Wireless sensor network is a new technology about acquiring and processing information, it can self-organize network topology structure. The nodes can monitor and collect various environmental or monitoring object information through collaborative work in real time, and process the information at the same time. In wireless sensor network, there is no location information is meaningless, so the node localization problem is one of the important common support technology in the wireless sensor networks and is highly regarded [ 1].
Anzeige
Localization algorithms for static wireless sensor networks are usually classified along several axes. A first distinction between localization algorithms deals with the use of anchor nodes. Network of nodes where no anchors are used usually establish their relative positions, possibly creating their own coordinate system. In general, the more anchors, the better the accuracy of the estimated locations. However, deploying anchors can be a tedious task and prove to be a rather expensive way of improving the accuracy of the localization algorithm. According to whether measures the actual distance between nodes in the positioning process, localization algorithm can be divided into: Range-based localization algorithm Range-free and localization algorithm.
Range-based localization algorithms use techniques such as radio signal strength indicator [ 2, 3] (RSSI) or radio and ultrasound with angle-of-arrival (AOA) or time-difference-of-arrival (TDOA), to measure the distance that separates an unlocalized node from an anchor. These distances, also called ranges, are sensitive to range errors, i.e., inaccuracies in the range measurements and often rely on additional hardware. To be independent of hardware and counter range inaccuracies, researchers developed range-free methods that depend uniquely on the information location, hop count-a node receives from its neighbors, be they anchors or regular nodes. And it includes centroid, convex programming, DV-Hop, Amorphous, MDS-MAP and APIT.
The Range-free needs low cost, and has high survival ability, positioning accuracy basically can satisfy the needs of practical application, so it has more practical value and development prospect, and it is one of the emphasis of research at the same time [ 4, 5].

3 An improved scheme for DV-HOP algorithm

As shown in Fig.  1, the process of the improved algorithm can be as follows:
×

3.1 The improvement for average hop distance of unknown nodes

In order to test the performance of the improved algorithm, using MATLAB to simulate and analyze the traditional DV-HOP algorithm and the improved algorithm. As shown in Fig.  2, the nodes distribute in 100 m×100 m Square area, the unknown nodes and anchor nodes are randomly distributed in the area. Communication range of each node are set to 50 m. Below respectively discussing anchor node density, node density and thresholds M for the influence of the positioning error, each performance of the simulation were randomized 100 times.
×

4.1 The influence of anchor node on the positioning error

4.2 The impact of total number of nodes on positioning error

4.3 The effect of threshold M on the positioning error

This paper summarized the characteristics of the DV-Hop algorithm based on the analysis of DV-Hop algorithm, and presented an improved localization algorithm. Through theoretical analysis and experimental results, it can be seen that the improved algorithm significantly increases the positioning accuracy of the nodes compared with conventional DV-HOP algorithm, under the premise of maintaining simple, low cost. It is an effective scheme for the node localization in wireless sensor networks. 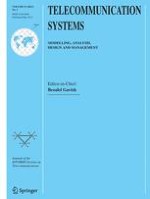