Hybridizing particle swarm optimization (PSO) with differential evolution (DE), this paper proposes an integrated PSO–DE optimizer and examines the performance of this optimizer. Firstly, a new self-adaptive PSO (SAPSO) is established to guide movements of particles in the proposed hybrid PSO. Aiming at well trade-offing the global and local search capabilities, a self-adaptive strategy is proposed to adaptively update the three main control parameters of particles in SAPSO. Since the performance of PSO heavily relies on its convergence, the convergence of SAPSO is analytically investigated and a convergence-guaranteed parameter selection rule is provided for SAPSO in this study. Subsequently, a modified self-adaptive differential evolution is presented to evolve the personal best positions of particles in the proposed hybrid PSO in order to mitigant the potential stagnation issue. Next, the performance of the proposed method is validated via 25 benchmark test functions and two real-world problems. The simulation results confirm that the proposed method performs significantly better than its peers at a confidence level of 95% over the 25 benchmarks in terms of the solution optimality. Besides, the proposed method outperforms its contenders over the majority of the 25 benchmarks with respect to the search reliability and the convergence speed. Moreover, the computational complexity of the proposed method is comparable with those of some other enhanced PSO–DE methods compared. The simulation results over the two real-world issues reveal that the proposed method dominates its competitors as far as the solution optimality is considered. 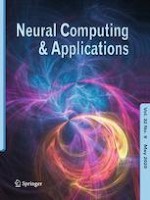