Power quality is an essential parameter in delivery of electrical power through the distributions networks in real time. Power transmission quality is affected by several factors which include frequently occurring voltage variations in the form of swells and sags, harmonic distortions, voltage and noise spikes. They severely degrade the quality of power delivered if unattended and directly have a consequence on the energy consumption which in turn increases the system cost and efficiency. The proposed research paper proposes and investigates an intelligent hybrid implementation of electrical network driven by a five layer ANFIS module driven by a set of FIS rule base. The proposed model has been tested after an elaborate mathematical modeling to arrive at the design electrical equations which are exported on to the ANFIS for training and validation. The proposed technique has been compared against existing ANN and Fuzzy algorithms and superior performance with respect to stability, settling time, reduction in noise have been observed in the experimentation. Faster convergence towards optimal power flow is achieved using the ANFIS model. 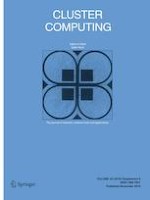 Design of innovation and entrepreneurial repository system based on personalized recommendations