In this paper the optimal performance of time modulated nine-ring concentric circular antenna array with isotropic elements has been studied based on an evolutionary optimization algorithm hybridized with local heuristic search called memetic firefly algorithm (MFA). The firefly algorithm has been applied followed by Nelder–Mead simplex method for the local heuristic search to achieve the optimal fine tuning. Other algorithms like real coded genetic algorithm (RGA) and particle swarm optimization (PSO) have been used for the comparison purpose. The comparisons among the algorithms have been made with two case studies as Case-1 and Case-2, and with two different fitness functions \((f_{{ fitness}1}, f_{{ fitness}2})\) and three control parameters like inter-element uniform/non-uniform spacing in rings, inter-ring radii and the switching-on times of rings. The simulation results show that the MFA outperforms RGA and PSO for both the cases Case-1, Case-2 and \(f_{{ fitness}1}\), \(f_{{ fitness}2}\), respectively with respect to better side lobe level (SLL). The fitness function \(f_{{ fitness}2}\) is better than the \(f_{{ fitness}1}\) with respect to sideband level. Apart from this, powers radiated at the centre/fundamental frequency and the first two sideband frequencies, and dynamic efficiency have been computed. It is found that power radiated by any sideband frequency is much less as compared to the power radiated at the centre frequency. It has been observed that as the sideband frequency increases, SBL decreases to the greater extent as compared to SLL. As per authors’ knowledge there is a little research contribution by any other previous researcher regarding numerical computation of radiation characteristics as SBLs, powers radiated at the fundamental frequency and its two sideband frequencies, directivity, and dynamic efficiency for time-modulated CCAA. 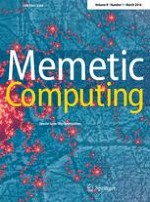