The consumption of TBM disc cutters is influenced by the ground conditions (e.g. intact rock properties, rock mass properties, etc.), the TBM boring parameters (e.g. thrust, RPM, penetration, etc.) and the cutterhead design parameters (e.g. cutterhead shape, cutter layout). Previous researchers have done much work on the influence of the ground conditions and TBM boring parameters on cutter consumption; however, limited research has been found on the relationship between the cutterhead design and cutter consumption. The purpose of the present paper is to study the influence of layout on consumption for the TBM face cutters. Data collected from six tunnels (i.e. the Røssåga Headrace Tunnel in Norway, the Qinling Railway Tunnel in China, tubes 3 and 4 of the Guadarrama Railway Tunnel in Spain, the parallel tubes of the Vigo–Das Maceiras Tunnel in Spain) were used for analysis. The cutter consumption shape curve defined as the fitted function of the normalized cutter consumption versus the cutter position radius is found to be uniquely determined by the cutter layout and was used for analysis. The straightness and smoothness indexes are introduced to evaluate the quality of the shape curves. The analytical results suggest that the spacing of face cutters in the inner and outer parts of cutterhead should to be slightly larger and smaller, respectively, than the average spacing, and the difference of the position angles between the neighbouring cutters should be constant among the cutter positions. The 2-spiral layout pattern is found to be better than other layout patterns in view of cutter consumption and cutterhead force balance. 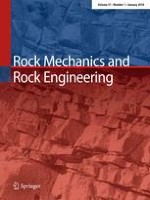